Lexi Reveals Her Crossdressing Coming Out

Lexi’s story of growing up as a crossdresser

I was born in Kirkland,Washington and started discovering my femme side way before my teen years I was about 7 or 8 when I started trying on my mother makeup and heels dancing around the house and dreaming of one day being a Pretty Princess in this World. As I got older around 10 or 11 I was in elementary school I would think on my Sexuality if I was gay, Straight or Bi-Sexual and had no idea at that time, and didn’t really have a whole lot of friend during that time in my life nor did I have many friend through high school.
So one night after school when I was in Elementary I invited one of my few friends over for a sleep over he was hot and young we talked about school and what we wanted to do in the coming years like what would high school be like if we was to ever be going to the same high school as we lived a tad bit far from each other well any ways I trusted him enough to tell him that I enjoy dressing in my mother’s heels and makeup he was kind of odd about the whole thing but turned out after he got really blush in the face and told me about his thoughts of wanting to play in women’s clothes and what it would feel like to play with another girl or guy while dressed so he asked me if i had any girl clothes that i kept hidden in my room of course i told him yes, I showed him my stash of nylons, night gowns and heels and yes makeup as well he asked me if he could try on one of the night gowns so i told him sure i would like to see what you look like in it, so as bashful as he seemed about the whole thing he picked out a skimpy little black one and tried it on to my surprise he look pretty hot in it. 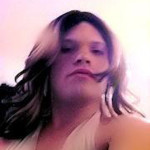 I was dressed in another black night gown that had some fur trim around the hem at the bottom, he complimented on how good i looked in it and started touching me to tell you the least I 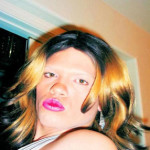 really enjoyed this and had a feeling he would to by the end of us touching each other for a while and feeling up each other’s night gowns we both came and I knew from that minute on I would chose to be with guys as i just love the way a cock looks and feels the warmth it gives off when someone is excited to be with you, not to leave out the cum tastes pretty damn good as well lol.
This was the early years to coming out as time when on i have met and played with my elementary friends sisters as they would dress me in there life sized barbie doll outfit and play house with me, some of them would role-play that i was their wife and would play with me sexual i enjoyed it a lot as well, so in other words I am bi-sexual and am extremely happy that I had those experiences early in life it made and makes thing less difficult.

Hope that  everyone likes my story of coming out.

Some facts about Lexi 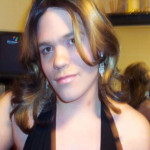 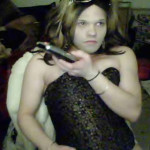