Kara Comes Out to the World!

Kara comes out to the world!

I have only been cross dressing since about January. What got me started I had joined twitter a months before. I started following women selling used panties, even bought some. One day I just decided to try a pair on and they fit! After that I started buying panties and even was brave enough to go in Victoria secrets and bought some thighs and a baby doll. And when I found out they would let me try stuff on I was hooked! Even tho my schedule doesn’t allow me to go there often I have tried on a few other things.

Meanwhile I was following more people on twitter including crossdressers .

As I started talking to some I got really interested in buying some clothes. After I had gotten a few things I really was wanting to find a club where I could go, but didn’t know of any. One day when I was at the adult lingerie store I kinda shyly mentioned I was looking for a club and the lady mentioned one here. So after checking their website and actually finding the opportunity to go I made plans to go.

Gotta say I was nervous as hell. The night I went it was not busy at all(SuperBowl) . I walked in and immediately thought everyone was staring at me. So I just sat at the bar, had a few beers and left after about 3 hours. It did take me awhile to get back there, but now I go on Saturday nights as often as I can. I really feel good walking in there now and love when people smile at me. One of the bartender even remember s what I drink :-).

Some facts about Kara: 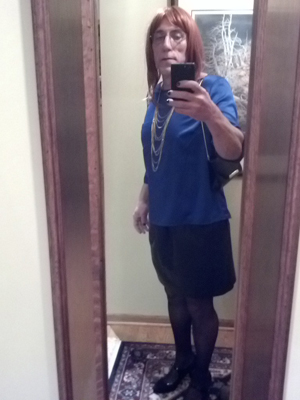 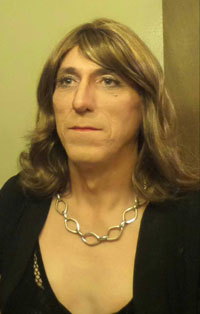