Gender reassignment surgery, more commonly known as a sex change, is a procedure in which a person surgically changes their outside gender.

This article will disclose the facts about gender reassignment surgery, how it is performed as well as the 2 common types of procedures.

There is also a video illustrating how gender reassignment surgery is performed in a hospital. The video is graphic!

When it comes to a female transforming into a male, there are many procedures that must be done to alter their anatomy and provide more male traits. Many women who wish to undergo gender reassignment do not go all the way with it. For a woman, genital surgery is something that takes a huge amount of time and can be very discouraging. The most opted for procedure is a mastectomy. Once the breasts are removed there is another procedure that contours the chest to give it a more masculine form. Even if the woman decides against genital surgery, most do have a hysterectomy. Before any of these steps are taken, the process typically begins with hormonal therapy in order to give the woman a boost of testosterone. This will help with their new bodies in ways such as voice deepening and growing facial and chest hair.

For the small percentage of women who do chose the full gender reassignment (genital reassignment), a very detailed and complex method of reconstructive surgeries are undergone. Usually the clitoris is used since it can be enlarged due to the androgenic hormones. If the clitoris is not used, tissues are grafted from the stomach, arms, legs, or other areas where the surgeon deems appropriate. 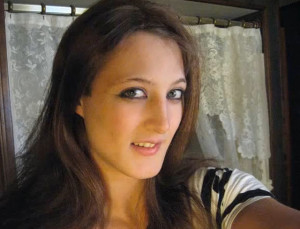 Gender reassignment for men is a whole other world than it is for women. Women must rid themselves of their breasts through surgery while men have two options; they can either have breast implants or they can take properly dosed hormones in order to grow their own natural breasts. Either way, the surgical implications are much less than they are for a woman. The big deal for men is having their penises reformed into vaginas. This is actually quite an interesting process. But, we are getting ahead of ourselves. The final step is genital transformation. However, before that can be done hormone replacement therapy takes place. This is to help change the body further by doing things such as removing facial hair. It also helps other procedures to go more smoothly.

The actual genital reconstruction surgery is very complicated. The testicles must be removed and the skin on the penis is turned inside out to form a vagina. This is known as a Vaginoplasty. A clitoris is made out of the penile glands and the pubic hair is made from the hair follicles on the testicles. This procedure requires many steps as the newly formed vagina must be fully operational.

Before any gender reassignment occurs, therapy is required to ensure the right choice is being made. No doctor will do the surgery until they are sure that the choice has been well thought out. Even though it is a huge decision and one that requires extensive treatments and procedures, it is well worth it for those who are unhappy with the body they are being forced to live in.

Below is a video of real male to female transformation surgery session where the male penis is transformed into a female vagina. The video is graphic so it may not be suitable for everyone.

and work as an
Writer