What is a Transvestite?

Marcy explains what being a transvestite is and exposes some of the little known truths.

If you are here, it is likely that you are curious about what the term Transvestism means. Let me first begin by defining the term transvestite.

The most general and understandable definition of the term transvestite is one who is biologically a male that experiences a compulsion to present themselves as a female on a regular basis. This can involve wearing female clothing, wigs, makeup and other things that make them feel more feminine. This is also known as crossdressing. Many even give themselves a female name to use when they are “dressed”.

Transvestism is basically the way of life for a person who considers themselves a transvestite. The majority of transvestites understand from a young age that there is something quite different about themselves and begin experimenting with feminine things.

Even so, transvestites and transsexuals are not the same thing. Most transvestites are straight men who have a fetish for all things female. Many are happily married and have children. Their cross dressing behavior is not always known to their friends or family due to the fact that guilt is a major factor in Transvestism. Transvestites are the most secretive of all the “gender confused” groups.
They do not want people to see them differently as a transgendered person would. They are typically happy and comfortable with themselves while in their feminine garb but have no desire to actually become a woman. Even 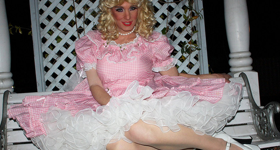 when pretending to be female, most transvestites stay in a reality where they know that they really are men and are just fine with that fact. They generally have little to no desire to change who they are inside or out. 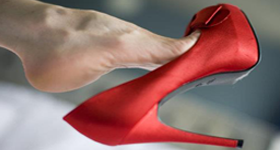 It is a common myth that men dress as women because it gives them a sexual thrill ride. While this may be true for some, it is not the norm. Most transvestites dress the way they do because it gives them a happy, comfortable and secure feeling. They enjoy the way it makes them feel. For some men it does bring out sexual desires, but this is not the rule; it is the exception. As mentioned above, being a transvestite does not mean that you are homosexual; although a transvestite can be gay. It gets a bit complicated when sexuality comes into play. Every person is different. For some, stepping into the world of Transvestism later opens the doors to more feelings of gender identity issues or sexuality issues. There is no clear cut mold for transvestites; they are just as different as any other group of people. They can be straight, gay or bisexual. Those who identify with bisexuality tend to only enjoy the company of men when they are dressed up as a woman but never interested in men when they are in their male form. As I stated above, transvestism is a very complicated matter!

The amount of men who are transvestites is unknown, largely due to the fact that the majority of transvestites are still in the closet. Some do not wish anyone to know about them because they are happy with how their lives are, while others would love people to know about them but are frightened on the consequences. Each person handles themselves and their behaviors differently and thankfully, luckily you have found a great source for support and information relating to transvestism also known as crossdressing as well as other gender issues.